The Networking Back Story 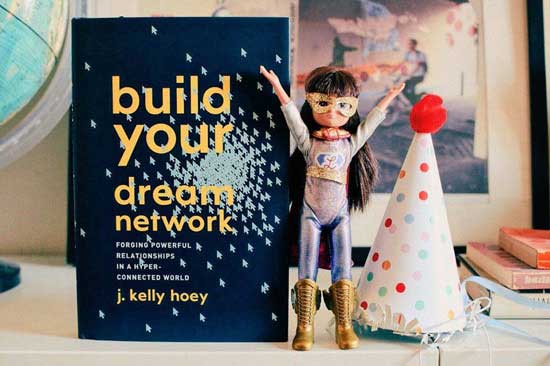 I’m spending a lot of time behind the microphone these days. Why blog when you can podcast? Actually, I approach writing each episode of my podcast as I would a blog post and the result is the equivalent of a blog or sub-chapter of my book (when compared in length to a sub-chapter of my book, the current one, I’m not hinting at a new book!). Besides with a podcast, unlike a video, perfect hair and make-up is not required (perhaps the real reason I have taken to being a podcast host?).

I recently interviewed Ian Harkin, CEO of Lottie Dolls for the Business Builders Show. Why Ian? He’s got a wonderfully imaginative doll company – launched in Ireland and shipping globally – plus he’s making a difference, a rather big difference by building a values-based company, that truly listens to its customers: the kids.

And did I mention Ian has become a friend?

I originally crossed paths with Ian’s company because of a favorite conference I’ve attended and spoken at in Dublin. However, I came to really know Ian because of Elena Rossini. Elena’s name should be familiar to you if you’ve listened to my podcast and/or read my book (Elena’s business networking on Twitter story starts on page 146). Elena has worked with Ian (she created the video to go along with sending Star Gazer Lottie to the International Space Station). The opportunity for Ian and Elena to work together started with a Tweet (which is memorialized with its own image in my book).

Now, Elena and I met originally because of an interview request to appear on her blog (way back in 2009), then we bonded a few years later over her documentary film “The Illusionists”.  Many years, tweets and a few trans-Atlantic flights later, she’s one of my closest friends.

Which is all to illustrate the meanderings, a decade of various and varied touch-points – online (tweets! gifs!) and offline (conferences! Birthdays! Weddings!) when pieced together created bonds, deposited social capital, unlocked opportunities and resulted in lasting friendships.

I attack two Reputation Killers on the podcast this week: failing to follow-up and not following-through. Course correct these networking no-no’s and you’ll put your career on very solid footing indeed.

Do you have a networking question you’d like addressed on the podcast?

LMK as I’d love to answer it for you (as well as other podcast listeners).

A number of female founders have reached out to me recently looking for guidance on growing their ventures and/or funding and/or…you get the point! Here are a few of the resources I’ve recommended (passing along while they are still fresh in my mind):