Design Your Networking Approach For People 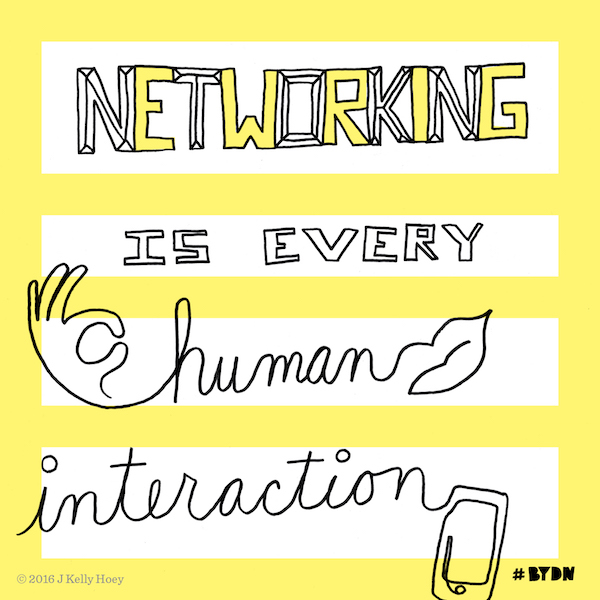 Ah, if only it was so easy to eliminate the friction of seeking introductions or mastering the small talk with a simple tap on a slick networking app. Yes, I’m wildly suspicious of apps that make bold promises of making networking easy or frictionless.

As I share in Build Your Dream Network at page 166 (in the chapter titled “There’s An App For That”):

“Don’t underestimate the need for personal introductions or, worse, overvalue the role of an app as an effective substitute for connecting people. Technology is still a poor substitute for social engagement.”

Apps miss social cues. Apps make assumptions – that are often terribly wrong. Apps operate on wildly incomplete or erroneous information. Do we share everything, I mean absolutely everything online and do we share it accurately?. I think no. Tech is not a singular solution. However, when used as a companion to IRL interactions, apps are valuable tools for enhancing human interactions.

As I also share in Build Your Dream Network (at page 220):

Be amphibious in your approach to networking. It’s not a question of IRL or digital. It’s both. You need to move seamlessly between networking rooms, recognizing that your most meaningful, connected communications may happen in person and simultaneously on Viber, Gchat, WhatsApp, Kik, Snapchat, or the next communication platform or tool of choice.

With digital being our IRL at the moment, infusing a decidedly human-first approach to your networking is essential. No shortcuts.

On this very topic of networking apps, I tested 11 CRM tools and almost immediately deleted ten of them as soon as I had completed downloading them. I’m interviewing the founder of UpHabit about his app on May 26 (it’s an interactive, live-streaming conversation you can participate in by asking questions or use the link to watch later, and find out why I didn’t delete UpHabit).

I recently interviewed the founders of Mixtroz a platform out to conquer the awkwardness of forced networking interactions. You know the ones I’m talking about. Company mixers. New hire social events. Being seated next to people you don’t know. It’s an intriguing platform, that I actually really like (shocker!), as Mixtroz has practical (and immediate) uses for new employee (or college student) orientation sessions, plus recruiting (since the big job fairs are unlikely to happen on scale in person for the foreseeable future) and team-building (since WFH is an indefinite work reality and collaboration is essential right now).